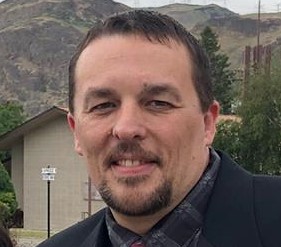 When I was growing up, I called it Easter, but as time has gone by and I have matured and educated myself, I have come to realize that it is Resurrection Sunday. We celebrate the day that Christ left the tomb and claimed his seat next to his Father three days after being crucified. This week is the pivotal week in the earliest beginnings of the church, and I would like to walk you through that week briefly.

The triumphant entry. Palm Sunday, Jesus rode a donkey into Jerusalem, fulfilling the prophecy from the Old Testament. The people celebrated by laying down palm branches for the presumed king’s return to the city. They also were clinging to a prophecy of old of a king returning to conquer and restore. Jesus then cleaned out the temple of the money exchangers and businessmen, and restored his Father’s house. The Pharisees cringed.

Over a week’s time, the cheers of victory and joy turned to shouts of hate and murder. Crucify him, they yelled. I have to ask myself how it got so bad so fast. There are too many lessons in that week for me to log them all here, but this is what is on my heart: Jesus knew. He knew the plan. He even asked his Father in intense prayer if there was any other way. There was not.

He knew the outcome and still pressed on. He preached, healed, dined and prayed. He continued loving a people that would eventually nail him to a cross, stand him up between thieves, strip him naked, flog him, spit on him, choose a serial killer over him, mock him and kill him. Yet, he loved them. He still died for the very things they were doing to him.

The earth cried out upon his death. The skies turned black, stones split, thunder roared, and the earth shook. The earth mourned the Creator’s death. The earth joined the few followers that still loved Jesus and had not run away. He was placed in a guarded tomb. The mourning was real.

Three days later, everything changed. The tomb was empty; Jesus had indeed risen. Again, fulfilling Old Testament prophecy and sparking the start of his church.

I would like to think I would have believed, that I would have entered the upper room and waited for the gift from Jesus, to see him alive and well, going to sit with his Father and receiving the Holy Spirit fire to live inside of me, to commune with the triune God ’til my last breath.

In reality, we are still asking that question. Who are we? But many of us do believe now. We do remember the sacrifice of love that Jesus performed so long ago that is still just as relevant today — if we make it personal and realize that Jesus saw all sins as he hung to the cross. He saw mine and yours, meaning he died and was resurrected for you and me. Now that is something to celebrate. He is still our risen King.

May you reflect on this Resurrection Sunday and examine your own life. I know my family and I will, and we will give thanks for a risen Savior who died for us personally and is still reigning with love, mercy and grace.

Jesse Utz, one of our Saturday prayer team members, writes for The Star in Grand Coulee, Washington.