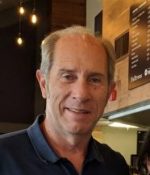 Our authority is to be used at the pleasure of God.  So, what exactly have we been given authority to do? Is it to do something we feel is important that we have initiated, or something we want to do? I dare say, this is not the authority Jesus speaks to us about. The truth is we have been given authority as kings and priests and sons and daughters to do the will of the Father.  As we sit in the presence of the Lord, listening to Him, keeping our spiritual eyes fixed on Him, we will begin to hear His heart and the word that He wants us to speak.  It is in these moments that He often gives us a picture of what He sees.  Then we are able to speak and do by faith what we have seen and heard, and we will bring forth the same type of fruit as Jesus did in His life.  Our true authority carries the weight of the Word of the Father as we speak and do those things that He is doing. It all sounds like a no-brainer, right? But let’s think about it.

We come from such a place of self-reliance and knowledge-based motivation that we must continually be mindful of our tendency to speak and act out of that posture rather than from the position of relationship with the Father.  We cannot over-state the fact that we need to know that we are walking with Him in everything. Consider the Pharisees and Sadducees who already thought they had the answers. That mindset made it so they absolutely could not hear the truth that Jesus was speaking. Because they were already right in their own eyes, they didn’t have the ability to listen or even consider what the Lord was saying.

Jesus didn’t go around randomly using His authority. He did only what His Father did. Our true authority is released when we are releasing His voice on a daily moment by moment basis. It seems foolish to take authority over something if we are not sure He is doing it. We could inadvertently be using His name in vain if we are not learning to stay in step with Him. It is so important to stay in relationship with Him always as we walk through each day.

As we are going through our day, are we mindful that we’re always with Him and are we thinking about what He’s thinking?  Are we learning to be consciously aware of what’s on His mind to the point that there’s action based on what we know in our hearts that He is saying and doing? If not, do we pause and ask, “What do You say about this, Lord”? It is necessary for us to intentionally ask when we haven’t specifically heard from Him already… as often as needed! Are we learning to hold our peace until He’s saying or doing something?   Or do we get antsy about thinking that something has to be done, and then step out on our own initiative? As we learn to stay in His presence and speak in authority from the revelation He’s giving us, we will see mountains moved.

I think these are questions we need to honestly ask ourselves and be ready to hear the answer that He gives us. If we’ve been stepping out on our own initiative, even with good intentions,  we need to consider that we’re walking ahead of or behind Him. Paul says in 1 Cor. 9:26, “So I do not run aimlessly; I do not box as one beating the air”.  I think our good intentions can oftentimes come from our will, and not His. This is something that we can repent from and learn to rest in Him and allow Holy Spirit to teach us to move and speak by His unction.  Jesus said He didn’t even do anything on His own initiative. In John 5:19 TPT, Jesus said “I speak to you timeless truth. The Son is not able to do anything from himself or through my own initiative. I only do the works that I see the Father doing, for the Son does the same works as his Father”. So why would we consider that we can do anything on our initiative?  Sounds rather foolish when you look at it that way.

One of the greatest hindrances to walking with Him in freedom can be our own sins, either known or unknown. If we are entertaining any sin in our lives, it allows the enemy free access to interfere with what God is wanting to do through us. We need to decide that we are not going to allow it in our lives. It is our sole responsibility to choose to repent and get repositioned in our rightful place.

My wife and I have a ministry we call Transformation Prayer, where we make appointments with people who are struggling with getting their breakthrough. It is sad to see that most of those sitting before us have forgotten, or perhaps don’t really know, who they are in Christ. Because of that, they are trying to fight with the devil to win the battle, the battle that has already been fought and won by Jesus our Savior.  But once they are reminded and made aware of who they are, they are able to repent and forgive themselves for sin in their lives. Then they become free to step into their walk with God in faith in an entirely new realm.

There is much more to be said on this subject, but basically, we need to get real with God about what is going on in our own lives to the point that we are open and honest with Him.  He tells us that He stands at the door and knocks. It’s up to us to hear His voice and open the door so He is able to come in. As we choose to love the Lord with all our heart, soul, mind, and strength, we can be assured that He will always lead us each day into the fullness of all that He has for us.

Tom and His wife, Sharon, have been active Prayer Team members since 2006. In 2010, they developed the transformation prayer teams and, as Directors, they now train teams all over the world to pray over their cities and land.