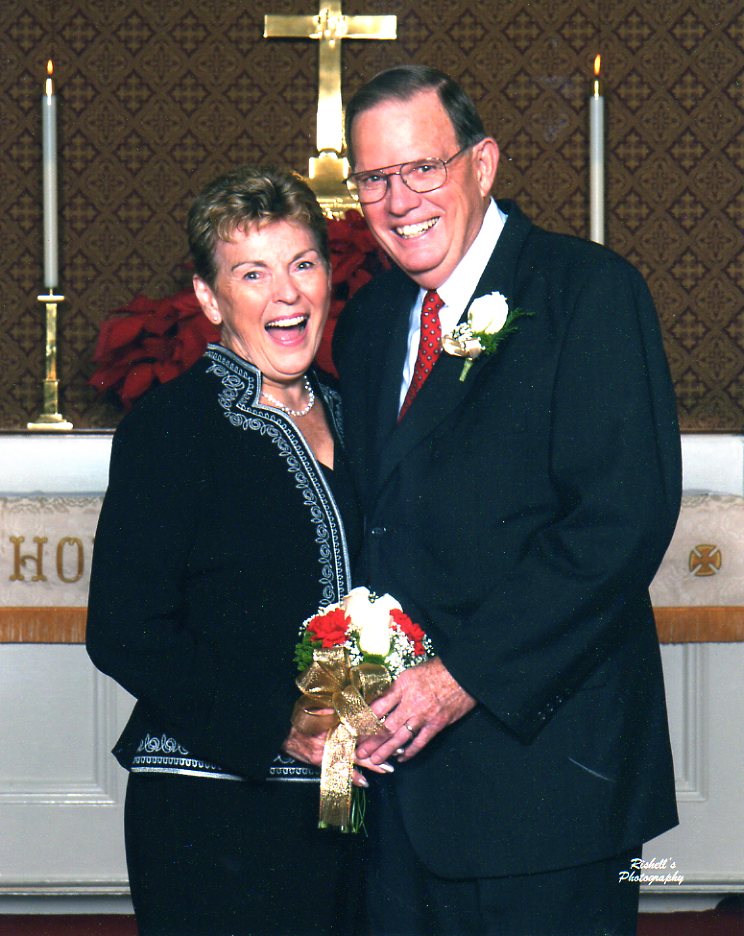 John and Pat Milner have been involved in the healing ministry for 20 years.  Our quest for "more of God" began at a large Methodist Church in northern Delaware.  We started a healing ministry there and, through the years, even after we left the Methodist Church, our thirst continued to grow.  We have been involved in healing crusades to Haiti, Costa Rica, Romania, Argentina, Brazil and India.  In our 70th year, we embarked on another journey...Directors of the Healing Rooms of West Chester. What an exciting undertaking at this point in our lives.

John is a native of Texas and Pat is a true Delawarian.  John is a preacher's kid, educated at the University of Texas, and Pat earned her credentials putting him through school by working as a secretary.  We have four children (three girls and one boy).  Cynthia is a United Methodist pastor who is married to Randy, a United Methodist pastor and they live in Philadelphia with their two children; Christine works in the President's office at Indiana Wesleyan University (IWU) in Marion, Indiana; she has three children.  Our daughter Cheryl is an Assembly of God pastor married to Stephen, who works for the Township and they live in Greentown, PA;  and our son John, who is in management with BP, and his wife Megan and two children (twins!) live in Wanaque, NJ. We are blessed and highly favored by God.