The Spirit of Slavery

The Spirit of Slavery 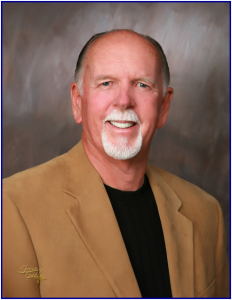 There is a spirit that attaches to a believer's life, with the intent of cutting off the ability to receive from God. This spirit can become pervasive without the believer recognizing it. It is a spirit of slavery. We can see it in Romans 8:15 where it says,

This scripture tells us "We are not slaves who serve the King, but sons who rule with the King. We are adopted as children of the King and therefore heir's or joint heirs with Him." (Rom 8:17)

The slave or servant doesn't remain in the King's house, but the son does. (John 8:35). There is a huge difference here. The slave is in the King's house as a servant. He doesn't see himself as an heir to the King's provision. The servant's reward is determined by what he does, rather than what the King does. The slave's mindset is to hope the King will reward him. I see this mindset in people who are sick and say, "I have been prayed for by many people, I have read every book on healing I can find, and I have been praying, but the King hasn't decided to reward me with a healing." We see ourselves serving in the house of the King, but can't receive what we believe is ours. The spirit of slavery will cause an adoption as sons who can receive their inheritance of healing.

Gal. 5:1 "It was for freedom that Christ set us free, therefore keep standing firm and do not be subject again to a yoke of slavery." The determination of whether or not we receive from the King comes through how we see ourselves. We must not subject ourselves to a yoke (bondage) of slavery, but receive our inheritance as sons and daughters who are joint-heirs with Christ, for all who are being led by the Spirit of God, these are sons of God. (Rom. 8:14) As a slave we will hope we're healed, as a son, we will know we are healed.