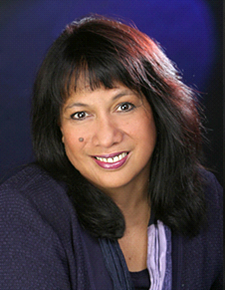 We are in a season of great transition and change. We see things shaking all around us in the natural and many are feeling the shakings in the spirit realm. As I was seeking the Lord for what He wanted to direct for prayer I felt like He wanted me to stir the wells of our heritage of persistent prayer. So I'm going to share from James Goll's book, "The Lost Art of Intercession" where he highlights the Moravians and the fire of prayer they had for over a hundred years.

What did the believers at Herrnhut have that we don't have today? The story of the Moravians is intertwined with the lives and ministries of some of the most important church leaders in the Great Awakenings and revivals that transformed Western society in the eighteenth century. God gave them three strands around which they wove their lives, and these strands helped the Moravians to become world-changers.

1) They had relational unity, spiritual community, and sacrificial living.

2) The power of their persistent prayer produced a divine passion and zeal for missionary outreach to the lost. Many of them even sold themselves into slavery in places like Surinam South America just so they could take the light of the Gospel into closed societies.

3) The third strand was described by a motto that they lived by: "No one works unless someone prays!" This took the form of a corporate commitment to prayer and ministry to the Lord. This prayer went on 24/7 for over 100 years. Amazing!!

The Moravians 100 year prayer vigil and global missionary exploits marked one of the purest moves of the Spirit in church history. It radically changed the expression of Christianity in their age. They were world changers. The Lord wants to increase that influence once again. God wants to change the world again and He is looking at you and me. Are you willing to seek the fire of God that inspired the Moravians believers two centuries ago? This fire of God would ignite hunger for God wherever they went. God is out to ignite that fire again! He wants to see His Fire ROAR across countries and cultures by using us, His church. God wants to put His Spirit upon you in such a way that you will answer and say: "Yes, I will stand in the gap for my generation right here and now. I will put aside every intimidation and entanglement of religion. I will lay aside my life for the sake of others before God."

I encourage you during this season to gather your "dread champion" brothers and sisters that have the heart cry for the Fire of God to ignite in this hour. A personal passion for God that will blow up and become revival fire!! That nothing else matters!! Gather in worship and intercession for God to ignite your cities and your nations!!