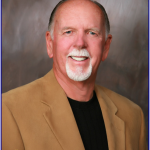 In June, Michelle, Elaine and I were in New Zealand and Australia to speak at National Healing Rooms conferences. Our intercessors in Spokane had felt that there was going to be a great shift in both nations as we ministered.

Our New Zealand National Director, Julie Calvert, shared with me a powerful testimony from New Zealand. She said that she met someone in a supermarket who was at the conference during the Sunday service. That Sunday was Father's Day in the U.S and I released a father's blessing that day. That person's life was totally changed that day as they received a father's blessing.

Julie also reported, "The breaker anointing released at the Fullness of Time Conference thru Cal, Michelle, and Elaine was amazing. Generals were called forth and God so came and appointed and anointed Healing Rooms New Zealand into the destiny that you have for these Healing Rooms in every village, town, and city in this nation. The Kingdom of God was released and established in this nation."

In Australia, one of our directors reported, "Cal, Michelle, and Elaine, thank you for being you. Your transparency, friendliness (just like family) around us, the Healing Rooms Australia team and the impartation of love blew me away. Not sure what I was expecting but you are Fun, Fun, Fun!

"Here we were praying our hearts out before you came that it would be a conference of great impartation of love anointing and that you would be touched and refreshed also and...this is actually what you were carrying and let loose on us. Beautiful! I learned so much and received powerful impartations of deeper vision, greater authority and passion by simply being around you and I love praying for you at intercession sessions for the meetings.

"I will never forget impact 2012 Australia. We are truly blessed to be able to go into the nations and be used by God to released His Kingdom for the work for Healing Rooms."