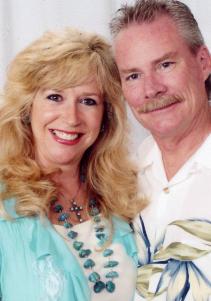 Aloha, Cal and Michelle and Elaine and Jim Perkins came from Spokane to see us here in Hawaii for our Annual Spiritual Hunger Conference Hawaii, "Healing In The Glory". Joshua and Janet Mills joined us this year as well. Everyone was in agreement that it was one of the best Conferences so far. God is good! He brings us from Glory to Glory. Here are a few highlights: Cal opened the Conference the first night by releasing the angels to come and minister to us. OH MY, what a release! The place went crazy with the presence of heaven as the angels were activated. Cal said that not often do conferences start off in revival like this one. The fire of God hit folks, the whirlwind came in and some of us started to spin. What a beginning and it only got better from there. Joshua and Janet Mills shared about the spoken Word of God, how He loves us and responds to what we say here in the earth. God spoke and created something out of nothing. We're faith builders. Joshua also shared about his visitation from the financial angel. Before the offering was taken one of the gals called to check the balance of her account. She thought she had only $9.00 in her account. When she called she found she had $1,700 in it. She had shared how her son had not had his schooling paid. Later that day she found out that her son's schooling had been paid and that the $1,700 was what was left over! In the afternoon, Joshua and Janet did their Spirit Spa Car Wash. Everyone loved it. It got us ready for Cal's message and the grand finale. The Hula - llujah luncheon was awesome. Everyone brought something to the table. We had Hawaiian worship, hula and Hawaiian blessings as we ate. 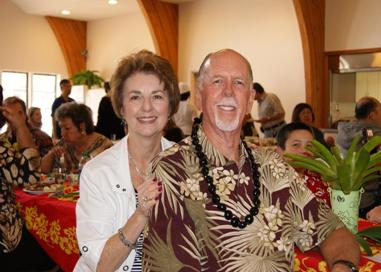 Cal finished the conference in power. He shared his visitation from the angel, that gave him supernatural understanding and new ideas from heaven to the earth realm. He shared how the angels are here to partner with us for the Kingdom's sake. Then he went into the place of speaking and declaring the Word by the power of the Holy Ghost, releasing the Word of God into our spirits. He also shared some of his power quotes. Impartation Time!! The purpose was to call forth the seeds of Destiny that have laid dormant for such a time as this. 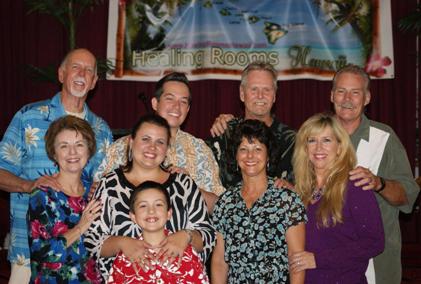 This year we did something different as the Lord showed me a vision and He gave John a word. Cal was in agreement with it and said it went right along with what the Lord was telling him. Saturday night we lined up as a team to bless and release the people of Hawaii into their destiny. 1st - John and Linda Keough broke off all the old, everything hindering the new. 2nd - Elaine and Jim Perkins Released people into their destiny. 3rd - Joshua and Janet Mills imparted the Glory anointing into their lives. 4th - Cal and Michelle Pierce released the Father and Mother's blessing.