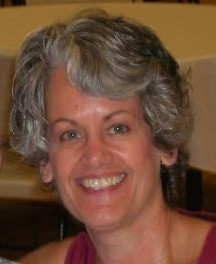 I have a coffee mug that I have inherited from my mom-in-law. The caption on it reads “Don’t Look Back”.  The scene on it is of a fork in the road. You see the back of a person with a suitcase and a knapsack walking down one of the forks. There is a road sign at the beginning of the fork with two monikers. One says, “no longer an option”; while the other says, “your life”.

I will often look at the cup and wonder what her life would have been like if she’d chosen the other path.  A part of me would like to “will” her the other way.  Then I think about the forks in the road of my life.  Those would be the choices I have made and circumstances that have impacted my life.

Most often we can only speculate as to what our lives would have been like if we had chosen another path.  I feel I have a rare opportunity to actually have an idea of what at least a part of my life may have been.  When I was in junior high my dad was a teacher. He was able to take a sabbatical year from teaching.  We traveled around the United States for those nine months.  I would have been in eighth grade.

Up until that time, I had been playing the violin in school.  In seventh grade my home room was orchestra and I was taking private lessons.  Bea, a classmate and I would periodically compete against each other for second chair.  One week I would win the next time it would be Bea.  The two of us had the same private tutor, Mr. Graystone.  He let us know that he felt we were good enough for the Junior Symphony.

With the trip around the country, no tutoring, very little practicing and returning to school as last chair in second violin, I stopped playing the violin.  The possibility of playing in the Junior Symphony ended.  It was many years later that I found out that Bea was now playing in the San Francisco Symphony.  She had been able to complete the dream that Mr. Graystone had set before us.

So often we think about (or dream about) the “what ifs or if onlys” in our lives.  Do I wish I had followed another path instead of the one I am now on?  No.  I love the life I have.  Had I chosen a different path, I would not be the person I am now.  I wouldn’t be married to my husband.  My children, grandchildren, job and my life would be different.  This isn’t about what have I lost, but what I have gained.  It is the good, the bad and the ugly that create the person we are.  Are there times we would like to change the bad and the ugly?  Sure! Who wouldn’t like to be able to say “good-bye” to the memory of some of those things? That being said, do we have to say “good-bye” to everything, or is there a way to redeem some of the past?

I looked up redeem in the dictionary.  Here is what it had to say:


When we look at the list, we can see Jesus. He bought us, liberated us, freed us from sin and was our atonement; all through the shedding of His Blood. In the shedding of His Blood we are released from the debt of sin and we are changed for the better. So is that it? Is this all there is? Do we accept Jesus as our Redeemer and then spend the rest of our life muddling through, or is there more?

I asked if it was possible to redeem some of our past.  When Jesus redeems us we are purified. Psalms 51:7 says, “Cleanse me with hyssop, and I will be clean; wash me, and I will be whiter than snow.” Isaiah 1:18 says, “Though your sins are like scarlet, they shall be as white as snow.” We are washed in the Blood. We are forgiven through the Blood. When we accept Jesus as our Redeemer He washes us clean. We have a fresh start. He has in essence rewritten our past.

I remember at one of our Spiritual Hunger Conferences Kris Vallotton spoke. In my opinion it was about how the Father rewrites our past. His examples were from his life lessons.  Each time he messed up, he anticipated punishment for his actions. However, his Grandfather would basically say, “Well, I was meaning to teach you that or fix that.” He gave many examples; one was of the time he took his Granddad’s truck out with friends. Kris drove to the end of the road they were on, it wasn't one that he could turn around on; he had to back up. For whatever reason, at least one of the doors was open when it hit a tree and was bent backwards. When he returned the truck to Granddad, he looked at the truck and said, “You know, opening and closing those doors take a lot of time. I have been meaning to take them off.”

Granddad had re-written the ending. When we ask for forgiveness that is what God does. He changes our ending. We have the same ability to re-write the ending of someone’s life when we forgive with the Blood of Jesus and the word of our testimony.

Jesus told the disciples that everything He had was theirs. Everything He has is ours. We have the ability to walk in power and authority when we have an intimate relationship with Jesus. When we know who we are, and whose we are; in His power and by His authority we can tear down the strongholds of the enemy with a simple statement – I forgive with the Blood of Jesus and the word of my testimony.