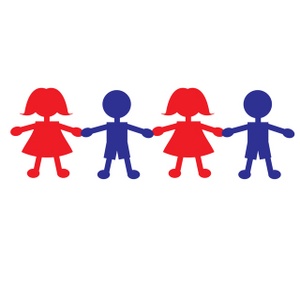 God loves children.  When Jesus was asked who was the greatest in the kingdom of God, He brought them a child.  There is nothing like a child’s faith.  The important thing to remember when working with children is to realize that they have all they need now.  So do we.  We are complete in Him!  Jesus is all we need.   This is as true for children as it is adults.  I agree with the saying, “There is no junior Holy Ghost!”  What a privilege it is to equip and release children into their kingdom destinies.

In Spokane we are starting a Healing Rooms Kids program where we will be equipping children to pray for the sick, following the Healing Rooms prayer model.  They will receive an official Healing Rooms name tag as they gain experience in the rooms, just like the adults.  We are using the Healing Rooms Kids training manual Barbie Hunt has written as a guideline for our program.
God is already moving on this next generation of children, so we are just coming along side and partnering with what Father God is doing already with the kids.  Here is just one awesome example of a ten year old boy named Isaac, who hopes to join the Healing Rooms Kid’s team. He had this dream on January 19, 2013:

Isaac and five Christian people that he knows and looks up to,  were in a big room in a mansion with a bad man that Isaac said represented the devil. The five others kept looking in a mirror that belonged to the bad man and when they looked they would get a ‘bad’ belt. Isaac saw bad spirits, that looked just like the people wearing the belt, go into the bad belt and then the people wearing the belts began acting ‘bad’. They were being mean and not acting like themselves.  So Isaac wouldn’t look in the mirror because he saw how they were acting and didn’t want to get a bad belt and act like they were.

It was night time so he went up to his room. He had a key to the window so he opened it and prayed to God and asked for the belt of Truth. The next day when he woke up Father God handed Isaac the belt of Truth and he put it on and went downstairs.  The other people with him said that there were ghosts downstairs and he was scared until he got the belt. But then he wasn’t scared anymore because the belt of Truth spoke to him and told him not to be afraid.  When he got downstairs, he saw two different armors for him- one was Spartan armor and one was knight armor and they were both blue. The belt told Isaac that God gave them to him so he could be protected. He put on all of the Spartan armor and went back upstairs to talk to the people who were with him. He told them to take off their belts because they aren’t good. They thought Isaac was lying. He kept trying to tell them but they wouldn’t listen to him or believe him.

So then he asked one of his friends to go out and go sledding with him. On one of the trips down the hill she was in the front of the sled so Isaac grabbed a hold of her belt and ripped it off and she went back to normal. An evil spirit came out of her belt so Isaac took out his sword of the Spirit and attacked it, but it used it’s bad power to try to overcome him by saying things like, 'Take off your belt, because my belt is better than your belt;’  and ‘Just give up!' But the belt of Truth spoke to Isaac and said, ‘Don’t give in to it and don’t give up your mind so easily!’

So Isaac attacked again, and the evil spirit still kept talking. Then Isaac took the sword in both of his hands and slayed it.

So Isaac and his friend came back into the mansion and she accidentally looked at the mirror again and got another belt so Isaac ripped it off and another evil spirit came out and attacked again, but Isaac slayed it more easily this time, but she kept looking back at the mirror and getting bad belts. Isaac kept pulling them off of her. So God gave Isaac another belt of Truth and he gave it to his friend and she put it on and stopped looking in the mirror because the belt helped her.

So he picked up his sword of the Spirit again and then he ripped off everyone else’s belts very quickly, but there was one belt that had a greedy spirit and was harder to get off, but it came off. Then a lot of evil spirits came out of the belts and together they tried to fight him and were attacking, but he held up his shield so they didn’t get him. He said, ‘You can’t get me because I am under the wing of Jesus and covered in His blood and the angels will come and help me fight’. Then he prayed for the angels to come and six angels came and fought with him and the fight was over. Then he took his sword and smashed the mirror. Then everyone was good again.

He then walked outside because the front garden had been dying because of all this. So he replanted some flowers and all the plants and flowers came back to life and it was beautiful again. Then they all left and went home.

Isaac told me that he believes that he has a gift from God for taking off bad belts and making sure people are wearing their belt of Truth. So I asked him to pray for me (his grandma) and he told me that I was wearing my belt of truth, then he prayed that it would be tightened around my waist!