The Testimony of Jesus - Cal Pierce

The Testimony of Jesus - Cal Pierce 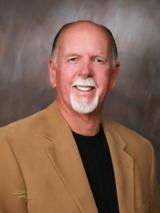 Michelle and I just returned from an Ohio State Healing Rooms Conference. I want to share with you two amazing testimonies that came out of that conference.

During the first meeting on Friday evening, I noticed two people in wheelchairs. Before ministry time began, I was asking the Holy Spirit how He wanted me to begin. Usually I would ask the ministry team to come forward, then give words of knowledge and have people come and get prayer from the team. This time, however, the Holy Spirit said invite the two people in wheelchairs to come forward.

This could have been a little intimidating, as the first person was a young man in his twenties paralyzed from his neck down and using a breathing tube. He was paralyzed four years earlier in an accident. I first broke off trauma then called back life into his body. I asked the Holy Spirit to quicken his limbs.

After praying, I asked the ministry team to continue to pray for him as I moved on to the lady who was in the other wheelchair. I asked her what was wrong and she said she was given only months to live because of terminal cancer. First I said you have a God who isn't terminal and gives life and life abundantly and spoke to her that she shall live and not die and she will proclaim the word of the Lord. I then took authority over the cancer and released the anointing into her body.

The next morning, after the first session, I was standing up front when three ladies walked up to me with big smiles on their faces. I greeted them and one lady asked, "Do you recognize this lady?", referring to the lady in the middle. I thought, where did I see her last, maybe at the conference somewhere? Then the lady said, with excitement, "This is the woman in the wheelchair you prayed for last night!"

That so caught me off guard that I said, "Are you sure?" Of course they were sure. She was standing right there, absolutely normal and healed. The woman said she got up that morning and discovered she had been healed overnight. She had a tumor that protruded on her side and it was gone. All pain was gone and she could walk with strength.

Boy, did we shout with glory to God! This just points out the fact that when you pray, you don't have to see something, you just have to know something. Just know that Jesus is the healer.

When we arrived home, we received a text from our state directors that the paralyzed young man in the wheelchair is now kicking his legs out for the first time as he is also receiving his healing. All I can say is wow! wow! wow!, our God heals.

What an honor it is to serve a King who heals by His love and to see His love expressed through all who pray in Healing Rooms around the world.