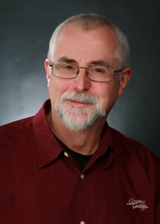 Back in 1966 I was stationed at Camp Pendleton, California and on the weekends I would spend my time with a few friends at the beach in San Clemente. We would rent small inflatable rafts that were about 3 to 4 feet long and paddle out past the breakers then try to catch the waves as they came in and ride them back to the beach. It was a very poor substitution for real surfing but it was fun and inexpensive. One day I had been out there in the water for several hours with a friend and we began to think that it was time to go back in but we decided that we would wait and try to catch a really good sized wave for our last ride.

In order to do that you have to sit and watch the swells that are coming in and try to gauge their size. Then you paddle slowly at first, to get into position, to be on the wave just before it breaks. If you did not time it just right the wave would pass you by and you would be left behind to drift and wait for another. If you did it correctly you could have a great ride but if you caught it wrong it could all come down and crush you - not what you want. So we waited and finally saw a very large swell heading our way. We paddled and it became much larger the closer it got. I could feel the excitement because this was a really large wave. As we caught it on the break, my excitement turned to a very real fear. As I looked down, all that I saw was sand and it looked to be a long ways away. I had a death grip on that flimsy little raft. But we caught it just right and had a very swift and glorious ride to the beach.

The reason I share that story is that there is a good correlation between catching waves at the beach and catching the wave of revival. There is a wave of revival that is coming, that is beginning to build even now, it is still on the horizon but, to those that are waiting and watching, the excitement is starting to become tangible.

There have been many waves of revival, or the moving of God's Spirit, throughout the ages, but there has never been a wave like this one. Eight years ago the Lord told me that this revival would be greater in scope and power than all preceding moves of the Spirit wrapped up in to one. In recent days, I have begun to hear others proclaiming that very thing. For those that have been waiting and watching, now is the time to begin to paddle; begin to move, positioning and posturing yourself to be able to catch this when it breaks and not to be crushed by it.

Why do I mention being crushed by it? Because big waves are dangerous waves, both in the natural and the spiritual realm. The wave that we are waiting for will truly manifest the glory of the Lord. The glory is much more than a heaviness or gold dust or oil on your hands or feathers, it is the very essence of God and all that He is. All through scripture we see that what we can get by with in His omnipresence, He will not let pass in His manifest presence. The high priest could only enter the holy of holies once a year, wearing bells around the bottom of his robe so that those outside would know, as long as they heard the bells, he had not been struck dead. And the cord around his ankle was to drag him out should the bells stop, as no one would be foolish enough to go behind the veil to get him! The Ark of the Covenant, which carried the glory of God, could only be moved on the shoulders of the Levitical priesthood. When King David thought he had a better idea than the Lord so built a cart to move the Ark and Uzzah reached up to steady the ark, he was also struck dead. I know that is all Old Testament, but in the early church after Pentecost, the glory of the Lord was present and both Ananias and his wife, Sapphira, were killed for lying to the Holy Spirit.

There has never been a time like this one. We are going to see a God we have never seen before, we are going to see the God that Moses was not allowed to see. We need to take heed of the word in Rev 19: 7-8, the bride makes herself ready and it was given to her to clothe herself in fine linen, which is the righteous of the saints. That tells me that we have everything we need to do just that, there is nothing that we do not have to accomplish this. Once more I want to encourage you to build a great spirit of expectation for our redemption draws nigh.