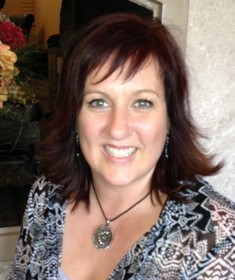 Anytime someone is asked to write down a portion of their life, there are many thoughts that try to get in the way of the message that is being released, knowing when it all does finally come out, it will help set others free. I have been asked several times to write down my testimony but so many thoughts run through my mind, how to get them on paper is the challenge.

In 2008, I was working in my salon, finishing up my last client when, all of a sudden, what felt like a hot pin pierced through the bottom of my foot and I found myself falling. To be quite honest, I felt like I had been pushed but there was nobody there. I reached out to catch myself only to find the only thing around was a swivel chair. When I tried to hold onto it, I found myself falling harder to the floor. I knew I had hurt myself but had no idea the extent of it. Three weeks later, I collapsed in a parking lot, unable to move.

Now let’s back up here a minute. You are probable asking yourself why I didn’t go to the doctor. Good question. My husband has a medical background and our best friend, a physician’s assistant, was living with us at the time so I felt pretty safe. I believed the problem was with my fascia, connective tissue that surrounds your muscles. I was doing everything I was told even down to stretches, icing and so on. I didn’t feel the need to go to a doctor but when I collapsed in the parking lot; that was a different situation.

I went in to the emergency room. They found a stress fracture in my foot and confirmed I had torn a little bit of my fascia. That is where the original pain had come from but they had no idea why I was so weak and could hardly move anything. I knew that this was something I had not experienced at this level before. There were no answers, none. I ended up going home in a wheelchair and there I stayed for two months.

Then one day I asked our friend, the physician’s assistant, to take me down to the Healing Rooms. I went in and, as people were praying for me, I felt something like warm butter run down my entire body. I knew I had been touched by the healing power of Jesus Christ. I was so excited I got out of my chair and started jumping and running down the hallway. Everyone was so excited. I can remember my friend in the waiting room crying and shaking his head, thanking God for healing me. We then packed up the wheelchair and I drove home!

Now I wish that was the end of the story and from that day everything was perfect, but that was not so.  Next month I will continue the second part of my testimony which was a two and a half year battle, not only physically but also in my mind. During that time the Lord taught me about the power of my words and I can honestly say I now know the difference between good words and thoughts and not so good words and thoughts and that the knowledge of that truth played a big part in the rest of my story...