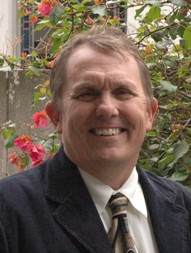 I have a close friend who holds group meetings teaching on the Goodness of God. Recently he became a prime target of the enemy with some blood clots that could have taken his life or, as a result of the clots, put him on a type of medication that he would have to take for the rest of his life. The enemy always looks for an inroad to destroy our belief on God's Goodness, to pose the question. “Why is this happening to me?” The consequences of going down this road too long is we think we may have sinned or are not worthy of His love or that God is not good. When my friend received pray for the blood clots they disappeared totally. Praise be to God!!!!!

I took my wife the other day to see the movie Monument Men which is based on a true story from WWII of Hitler ravaging Europe by stealing its great works of art. When the war was almost over, Hitler told his underlings that if Germany was defeated that they were to destroy these art pieces rather than release them back to their owners. Thursday night, in our Healing Rooms, the Lord said that we are men and women who are partnering with Christ to restore the "treasures in the darkness." (Isaiah 45:3) The treasures are people's lives which the enemy is trying to destroy. As I shared this with our healing technicians there was an infusion of faith for the impossible, to bring these Masterpieces back to the heart of the Father as we pray to see people healed and set free.

Years ago I lived in a neighborhood which God told me was my parish. I had witnessed to one of my neighbors many times without any obvious response from him. One day as I was praying for him, I heard the Lord say, "MY son, My son." I said to the Lord, “How can this be? He is not even saved yet.” The Lord reminded me that He calls those things that are not as though they were. Romans 4:17

A couple of days later I saw my neighbor and invited him over to my house. I told him what God had said about him. When he heard this his eyes filled with tears and he ask Jesus into his life. He was God's Masterpiece and, in that moment, I had been privileged to become a Monument Man. We in the Healing Rooms are all God's Monument Men and Women to the praise of the Father, Son and Holy Spirit.

Dave and his wife, Glendae, are the USA Region 7 Directors.