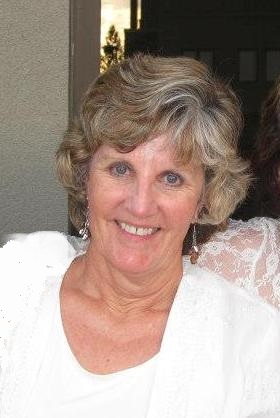 The last few weeks my daily prayer has been, “Jesus, I want to fall in love with you all over again. Make it even better than my first love for you.” He has been answering my prayer. A small group of women and I are studying the Red Letters of the Bible together. I have been writing simple questions that we take home each week to answer and come together and discuss. To be more specific, I put down the questions on paper as Holy Spirit leads me. So I don’t know where they are going to lead me or us until I answer them during the week.

We were studying the words of Jesus in Luke 14 and 15 and we read the parable in Luke 15:11-32 commonly entitled The Parable of the Prodigal Son. Holy Spirit asked a brilliant question: “What if you changed the title of the parable? What if you called it The Parable of the Two Lost Sons? Now share what Holy Spirit reveals to you.” Wow. That did change everything. I had always been so focused on and blessed to see the younger son returning home after squandering his inheritance to a Father that runs out to meet him. The younger son had dishonored his Father in asking for the inheritance and had wasted it on ‘prodigal’ living. Yet the Father showed such love and compassion and was so very happy to see his son return that he threw a party for him!

The older son now stood out to me. He came near the house as he returned from working in the fields and questioned a servant about all the noise of music and dancing coming from his home. When the older son heard what was happening he became angry and wouldn’t go into the house. His Father came out and begged him to come in. The older son was offended. He reminded his Father of how long he had served and how he had done all that was commanded of him. Then he complained that his Father had never even given him a goat so he could have a party with his friends. He was hurt that his brother had squandered his Father’s living on prostitutes, yet as soon as he returned his Father threw him a party.

The older son had faithfully and obediently worked for his Father, but it seems he hadn’t truly received his Father’s love. And who was this son really angry and resentful toward? He sounded more like a servant as he spoke of his performance and kept track of what his Father owed him. Though he stayed home, there was a distance between him and his Father. Perhaps his need for approval clouded his vision and tainted his heart. In the place of love, anger had seeped in; an anger that fostered resentment and complaining, an anger based on a lie. As he compared himself with his younger brother, he was jealous of what his brother received and was blinded to what he himself had. Resentment blocks the perception of the goodness of God. It often manifests in envy of others. In 1 Corinthians 3, we are warned that when envy, strife and division are present, that it is because we aren’t walking in the Spirit and are still immature. Resentment complains about what it doesn’t have and it steals joy. Actually, resentment often resents those who are joyful and happy. It seems that joy and resentment cannot coexist. As I pray to fall more in love with Jesus each day, one of the things that has been highlighted to me through the older son is the need for a thankful heart. My life is a gift from the Father. He has received me with open arms and wants me close to Him. I have also realized that gratitude of heart is a grace God gives as I choose to thank Him. Trust and a grateful heart toward my Father evicts resentment. There is no place for resentment in a house of celebration.

I began to see that there were keys here to our having true unity in the Spirit, too. As we look at Luke 14 and 15, there is another story Jesus tells the Pharisees in Luke 14:7-14 as He saw them all trying to get the best seat at the banquet. Maybe the parable isn’t really about who gets to sit in the front row at Christian conferences. Maybe it’s about the humility of choosing the lowest seat in our relationships with others. Instead of the comparisons and competitions that can arise among servants, what if we celebrated each other’s kingdom conquests? Sons of a good Father know they are loved and favored no matter what. What if we looked at this story for our daily lives and learned to choose the lowest seat out of love for our Father? Jesus did. He emptied Himself and took upon Himself the humble position of a servant, and yet retained the heart of a true Son.

Back to the study of the prodigal: the Holy Spirit then asked another question; a wonderful question that rocked my world. “What if you gave the parable a different name now? What if it is called The Parable of the Good Father?” Wow. Wow. Wow. Yes! That is what the parable is about. Jesus came to reveal the Father to us. Each parable in Luke 15 answered the Pharisees who were upset because Jesus was eating with sinners. How does Jesus feel about that? He expresses how the Father feels about it. He tells three parables that end in joy and celebration of what was lost being found. He tells of the good Father who waits for the return of His wayward son and when He sees him a long way off He runs out to meet him and then covers him with His love. When Jesus tells of the anger of the older son some have felt sorry for him. Don’t ignore your own distance from the Father as one who has lived in His house, if you have missed His goodness; a goodness that reaches out and begs His son to come into the joy of his Father’s house. Hear the Father, loud and clear, as He speaks to each of us and says, “Son, you are always with me and all that I have is yours.” Wow. The Creator of the universe has chosen to be our Father. His heart burns for His children and He longs for each and every one to come home to trust Him and to know His heart for them is always good.

So let’s take another look. As we read the red letters of the Bible, over and over, Jesus reveals the Father. His parables are a look at the Father and His kingdom and so many of them are about a Father who throws parties! Jesus teaches us to pray to our Father. Don’t miss that. As a true Son He gladly shares His Father and wants us to make Him ours! He wants us to know Him and even says that if we know Jesus, we know the Father. It was such audacity to the Pharisees, but could it be that Jesus wants us to understand that it is our true call, too? To know you, to know me is to know the Father? That can only be if we put away our childish ways and grow up into Him. You can’t force growth, but you can receive the Father’s love and allow yourself to be vulnerable with Him. Allow yourself to know Him and to be known by Him. In doing that, we will become our Father’s kids! The truth about being sons and daughters is that we are growing up to be the Father. We are to be the ones that run out to meet the lost and welcome them with open arms and bring them into their true destiny. We are also the ones that are to gently go to the ones who are angry, offended and resentful and with humility and compassion invite them into the house. Fathers and mothers create a stable, safe environment where the children are accepted for themselves and not for what they can do. In a healthy family, sons and daughters grow up into their destinies and live productive lives, becoming fathers and mothers that patiently shepherd the family of God so that each one is built up in the love and unity of the faith that creates a cycle of God’s goodness and glory being manifest everywhere His children are! Jesus came to show us the Father so let’s look at Jesus with fresh eyes that see the true authority of His love in all that He says and does and then let’s remember that to love Him is to love others. Let’s gratefully give thanks that we have been given the same authority to love and serve and be who the Father calls us to be as His beloved family!