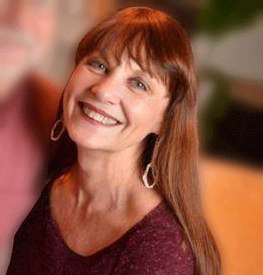 I had made a vintage Shirley Temple dress for my sweet little 15-month-old Maggie and I couldn’t wait to give it to her! So I called my son and daughter-in-law and asked if I could drive down to see them because I had something special to present to my precious grandbaby.

The drive was uneventful down to the sleepy little town of Connell, a small farming community an hour and a half south of Spokane, WA.  It was a gorgeous fall day and I had my show tunes playing in the car. My husband, Tom, was catching up on some work at home so it was just me and Roger and Hammerstein! I was able to sing all the way from Medical Lake to Connell without driving anyone in particular mad.

I took the first exit off the freeway to Connell, from there it is only a two minute drive down a little hill, a quick turn to the left and then you come upon Maggie’s house, where my son and daughter-in-law also reside. As I took that little jaunt down the hill I noticed how nice the brand new surfaced black top looked on the road, the nice fresh lines of paint, and how smooth the car coasted, especially around the curves!

Finally arriving in front of their house, I turned off the ignition and the Music Man, and turned around to get the dress that was laid out ceremonially on the back seat only to be blinded by a set of flashing blue lights!

I got out of the car, pointed to myself and then gestured to the officer, saying “Do you want to talk to me?” To which he replied, on an amplified speaker for all of Connell to hear, “Get back into the car, please.” I thought it best to comply, especially since he was so polite and had a gun.

I was sure that he wanted to tell me that I had a brake light out, or my trunk was open, or my tires looked low, or possibly give me a commendation for my excellent driving skills, so I wasn’t especially nervous.

As he came over to the car, he started out saying, “I have you on video and the speed limit signs are clearly marked 25 mph.” He then asked why I was in such a hurry.

I thought it best not to tell him that my head was down admiring the new surfaced black top and, consequently, didn’t see any of those speed limit signs. And since they did such a nice job on the new road surface I was now able to breeze around that corner without even applying any brakes! Instead I just told him I was in a hurry to see my grandbaby.

He asked for my license, insurance, and registration and I handed him the complete contents of the glove compartment, telling him I couldn’t find anything because this was my husband’s car. That excuse had worked in a previous run in…

While this was happening, my son looked out the window and then screamed to my daughter-in-law, “Quick! Give me Maggie.” He thought it would look best walking into the ‘crime scene’ with an innocent baby in his arms.

By this point, I had surmised that this policeman wasn’t worried about my low tires, brake lights or open trunk so I decided I would now pray for mercy and, if my prayers were granted, I would open up an orphanage in China.

After running my license for any past criminal infractions, he walked back to my car, the door still wide open, the entire contents of my glove compartment strewn all over the passenger seat, and my son and grandbaby, blinded by the flashing blue lights as well, looking on from their front lawn. The officer stated that after running my license for any outstanding warrants and tickets, my history was clear. (Whew, that bank robbery didn’t show up!)  He said it would have been a $192.00 ticket but since I told him the truth he wasn’t going to give me a ticket. Thank you, Maggie!

Now I have to learn Chinese. Anyone know where I can get some reasonable Chinese lessons? I just hope it’s not in Connell, WA...