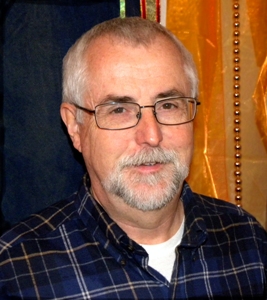 2010 has passed and now we have 2011 staring us in the face, a whole new year of potential to see and expect even greater things from God. We make all kinds of New Year's resolutions every January that most often come to nothing. If I am hearing correctly, God is not looking for resolutions but that we would rise up in Him to a greater degree; so that He can be the solution, through us, to a lost and dying world. In order to accomplish this I believe it is going to take a shift in our thinking, the way we process our thoughts, and how we approach Him in prayer and intercession.

Here at the Spokane Healing Rooms we had the week before Christmas off, before we left someone took something out of the refrigerator and threw it in the trash and the trash did not get emptied before we left. When we returned a week later, there was a very unpleasant smell that actually permeated the entire building.

While I was praying in the prayer room I became aware of that odor. The Lord began to speak to me and said that like that odor, the revelations that had carried me up to and through 2010 were now spoiled like yesterday's manna and would not be sufficient for the year 2011. I would now need a higher revelation of His purpose, not only for my life and ministry but also for what He was getting ready to do on the earth. I would be required to think outside of the box and walk in out-of-the-box faith so not to limit Him with my inadequate mind sets. He also reminded me that nothing was impossible with Him as long as I stopped believing my issues and the world's issues were too hard for Him.

This is a year to think large, pray large and believe large, I only know one way to do this and that is to spend more time with Him, just listening for His voice. We hear when we listen, not just in prayer, but throughout the day when we keep our minds and thoughts fixed on Him. This is going to be a year in which God will truly do awesome things for those that are willing to step out of their comfort 'box' and trust Him.

I want to encourage you to pray for the following: