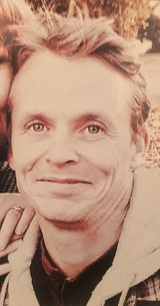 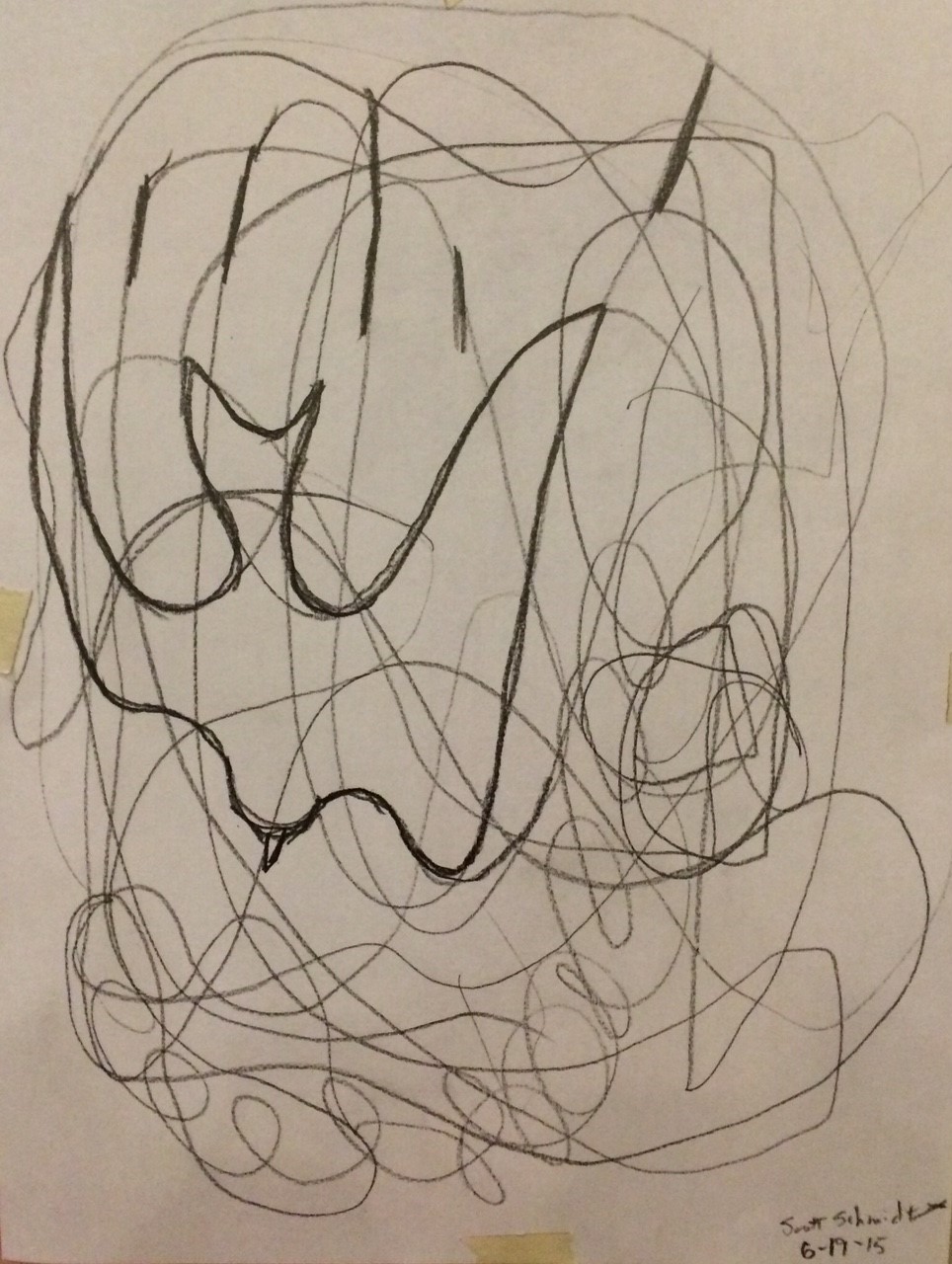 This image came about during "Glory Night", a time of worship at the Healing Rooms in Spokane, WA. John and Linda Keough had asked if I would do my artwork during the evening worship.

I had been in prayer asking God if I should continue on a painting that I have been working on titled "Sweet Symbiosis", when I heard God say, "Do scribble drawings (an artwork exercise I have had fun with in the past) instead. Except have other people do the scribble. Then, look at the paper to see the image I want to show you."
"But what if I don't see anything?" I asked. He then said, "Trust Me."

When I heard "Trust Me", I had a reassurance. Although this was stepping completely out of my comfort zone, doing something I had never done before during worship.

There were three pieces completed during the worship service and this was the third one. With each piece of scribble-art, I asked God to lead me to the person to do the scribble. I then asked that person if they would like to do a scribble on a paper that was mounted on an easel. I gave them a pencil and had them start and stop when they felt like it and asked them to move to the flow of the music.

This piece was completed by a young boy named Jude. I asked him if he wanted to do one and he politely said no. He was very shy but his grandmother encouraged him. As I was walking away praying, "Who's next?", he tugged on the back of my shirt and said, "OK, I will do it." I gave him the pencil and away he went.

I thanked him when he was finished and took the paper back to my seat to pray over it. At first I didn't see anything, so I turned it every direction trying to get a different perspective. Then God showed it to me. I saw it... I was ecstatic! Especially when the form came to life! I outlined the existing lines where I saw the image. I then signed it, took a picture of it, and gave it back to Jude.

Now for the cool part (as if that wasn't awesome enough!) This "rapidly descending dove" happened to me after worship that night! At the end of the service, Linda Keough got really "drunk in the Spirit", and couldn't stop laughing. It was very contagious! She gave impartations to anybody that wanted it.

As I sat with my wife, Kelee, observing all that was happening, they invited us to join them. I told Kelee that I wanted to get near it and invited her to come with me.

The small group of five of us got in a circle, like a football huddle with arms around each other, and started praying. About 20 seconds into the prayer I felt an EXTREME HEAVINESS! It was as if my shoulders were being shoved to the ground from the weight. I couldn't resist it even if I had tried.

With no control over my body, I collapsed to the floor. On the way down I thought, “This is going to hurt”, but the landing was very gentle. I literally fell face first onto the carpet, on my knees. And out of nowhere tears just overwhelmed me. It lasted about a minute or so, and then I was done. I got up, wiped the tears away and was completely refreshed, filled with joy, and felt weightless with a new found happiness! It was awesome! The Holy Spirit definitely blessed me that night!

It is my desire that all who see this image will be blessed and encouraged and that God uses it in great and mighty ways! It is my prayer that as you hunger and thirst for Him (Matt. 5:6), be still and know that He is God (Psalm 46:10), and as you seek, know that you will find! (Luke 11: 9-10). Come, Holy Spirit, come!

In His grip,
Scott Schmidt

Scott is the head of maintenance at Healing Rooms Headquarters in Spokane, WA.