You Are Called and Chosen

You Are Called and Chosen 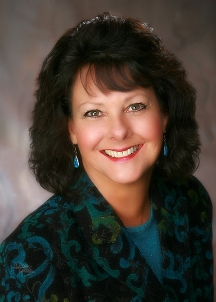 Eph 1:4 tells us that God chose you and predestined you before the foundations of the earth. He chose you and called you forth at this very moment in time to fulfill your destiny and be history makers. That's right; from the beginning, God has had a plan for us as His sons and daughters.

It began in Genesis when God said, "Let's create man in Our image." First He created Adam, and then the Lord said that it was not good for man to be alone. Therefore it implies Adam was not in a superior condition without Eve. In Gen 2:18, the word "helper" meant "companion", and it indicates a partnership and an intimacy. The Hebrew word used regarding Eve was ezer (???), which is the same word used to describe God as a divine help to us. Eve was created from Adam's side. Both make the complete image of God. She was taken from his side because it was God's plan that we co-labor, side by side as equals. She was not created to serve Adam; she was created to co-labor with him over creation.

God's plan for us was and still is, Gen 1:27-28. It was God's intent that men and women were to subdue and take dominion over the earth. Subdue is to overcome and conquer. Dominion is to prevail against, rule and reign over. We were commissioned together. But from the beginning the enemy has fought to keep women from their rightful place because he knows God reveals Himself through us as a whole. Exponentially, we have more power together than we do on our own. This is why we must settle the issue of women's role in the church and ministry before we can come into the fullness of what the Church is to be.

Throughout history women have been oppressed. This is also true within the church even though Jesus affirmed women. I have traveled all over the world through this ministry, and have seen firsthand that in many places it's still uncommon for women to minister or lead in the church.

The enemy has always wanted to keep us from becoming one. He approached Eve first because it's the woman that brings forth fruitfulness; women bring forth life in the natural and the spiritual realm. We also have a sensitivity to the heart of God and see things that often times men don't notice; that's our gifting. Men, you need us.... you aren't supposed to be like us, and we don't need to be like you, but we are what's missing in much of the body of Christ. Due to the fall, both women and men were cursed. As a punishment and consequence of disobedience, women would have their husbands rule over them. Now, consider the judgment put on Adam. In Gen 3:23, it was a curse of poverty. Do we interpret this to mean all men should be in poverty? Of course not. At Calvary, both men and women were redeemed from the curse and therefore the curse of poverty is broken and women do not need to be ruled over. Jesus' example was to set us free, not rule over us.

In Eph 6, Paul tells slaves to submit to their masters because civil law expected slaves and women to obey, yet we don't promote slavery. 1 Tim 2:11-12 talks about letting a woman learn in quietness and not to allow women to teach. Women were considered "property". They were not allowed to learn, and they had no rights. We need to consider the culture and traditions in biblical times to have a full understanding of what this speaks of.

First, Paul was calling for women to embrace the discipline of learning the Word of God, to listen and learn to be followers of Christ. Christianity brought liberation because he was saying women could learn. Second, Paul had to bring discipline to some of the individual young churches like Ephesus and Corinth. In 1 Cor. 11, Paul is speaking to the church. Keep in mind there were men of different views about women. Romans, Greeks, Jews, and Asians all caught up in their own traditions and predispositions against women. We don't even know the questions they were fighting about, and we are hearing only one side of the conversation. What we do know is that after addressing all their views he gives God's view in 1 Cor 11:11-12; "In the Lord, a woman is not independent of man nor is man independent of woman. Woman was made from man, even so man is also born of woman. Ultimately all things originate from God."

Paul also taught in Gal 3:28, "there is neither male nor female, bond or free in Christ". He actually had women as part of his team. Rom 16:1-7, Paul talks of women like Phoebe, Priscilla and Junia. In Acts 18:26, Pricilla and her husband, Aquila, taught Apollos about the baptism of the Holy Spirit. His ministry was strengthened because of instruction given by Pricilla. In Judges, the word says it was God that raised up Judges over Israel. It was God who appointed and anointed the Judges over Israel, and Deborah was the 5th judge. She brought an entire nation into a time of peace.

Throughout scripture godly women overcame hardships, were courageous, full of faith, and challenged injustice. God has always used both men and women to change history and advance the church.

In this hour, God is raising up strong women in the church that know who they are in Christ and the authority He has given them. They have the character of Christ and are a blessing to the Body of Christ. The church must reveal all of God's diversity, creativity and heart. We must love and appreciate each other to support the full work of the Kingdom. Remember, it is God who validates and anoints, whether male or female.

Bob Jones came this week with a word. He said that "this is the year of the woman". That it is time for the spirit of timidity to be off of God's women so they can arise to come along side the men and co-labor together for the Kingdom. This includes women stepping into the 5 fold ministry of apostles, prophets, evangelists, pastors and teachers.

I say amen because the Lord is restoring to the church the 5 fold ministry, the freedom of the Holy Spirit, the releasing of Kingdom finances and women being released into their proper place alongside the men. God wants to reconcile men and women to His original design and plan. We are to display the strength, anointing and authority that God intended with signs wonders and miracles, being demonstrated through us as His kingdom people, expressing His image here in the earth.