Prophecy - Ron and Kori Moreland - From the Bedroom to the Ballroom

Prophecy - Ron and Kori Moreland - From the Bedroom to the Ballroom 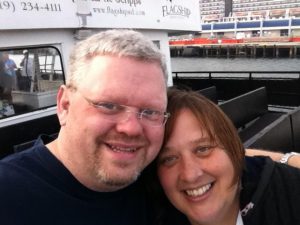 On Thursday, April 11, 2019, Carol Krum came into the office of the Eagle River Bible College and mentioned to the staff how the ground and the souls cry out here in Spokane for more of God's presence. Ron and I looked at each other, because that is one of the reasons we moved here from Arizona last December. We were hearing the cries of the people and we knew there was a hunger for the Spirit of God in this region

Overcome by the Spirit of God, Ron immediately hit the floor travailing with tears of deep intercession. He was crying out to God and repenting on behalf of the body of Christ. Tears were flowing in the room from those present, witnessing and entering into this holy moment. Finally, Ron said, “we are nothing without Your presence.”

God wants the hearts of the Bride, not pride. He wants a broken and contrite heart that hears the cries of the Land. This is the sound He is looking for, weeping for the body of Christ; crying out for the people who are hungry and hurting. As Ron was repenting and crying out to God, he was hearing the cries of the land and he told God he wanted to assist the Bride to awaken and come to the Father.

Later, Ron explained the vision He was seeing during this time of intercession:
He saw the Bride, the whole church represented in millions of little bodies, in the shape of one huge body, lying on a beautiful bed. The body had been there a long time and it was asleep. Jesus came into the room; He gently walked to the side of the bed where the Bride was sleeping and said, “It is time to wake up.” He continued to quietly speak to His Bride to awaken her. In the vision, Ron was not able to see if the Bride actually woke up.

Then he saw Jesus standing at the door of the chamber. He was actually standing in the most beautiful ballroom he had ever seen. Ron struggled to find the words to describe the beauty. It was huge and it was filled with colors he could not define. But what he did see was Jesus provoking His Bride to come away with Him to the ballroom and dance. He kept looking in the bedroom and waiting for her to come to Him on the ballroom floor. There was such pain in Jesus because the Bride was not coming or waking up. Ron could see how He longingly desires to dance with His Bride. Jesus stood in the ballroom looking into the bedroom. He stood looking with longing into the bedroom waiting for the Bride to come. Again, Jesus stood in the ballroom waiting for the bride to come and dance with Him. (This was repeated three times).

The cry of the people will be “Not my will but Your will be done, Lord. Your Kingdom come, not my kingdom come. We must have Your presence. Where Your presence is, I will go.” Some of the Bride will wake up and some will not.

The question was asked why we do not live in His presence. The Church goes through the motions and emotions of church protocol. Stand up, sit down, hear the sermon and leave. Stop talking about coming into His presence and just do it; get into His presence! Winds of change are blowing over the body. The Breath of God is blowing over the body. This is not about man. Ron spoke out 2 Chronicles 5:11-14 -no man could preach because of the Glory of God in the room.

For the remainder of the experience, Ron could only speak in tongues, because it was not yet time to speak it out. Stillness and peace filled the office. No one was able to speak, for the Glory of the Lord filled the atmosphere, not only in that office, but throughout the entire building!

2 Chronicles 5:11- 14
11 And it came to pass when the priests came out of the Most Holy Place (for all the priests who were present had sanctified themselves, without keeping to their divisions), the Levites who were the singers, all those of Asaph and Heman and Jeduthun, with their sons and their brethren, stood at the east end of the altar, clothed in white linen, having cymbals, stringed instruments and harps, and with them one hundred and twenty priests sounding with trumpets indeed it came to pass, when the trumpeters and singers were as one, to make one sound to be heard in praising and thanking the Lord, and when they lifted up their voice with the trumpets and cymbals and instruments of music, and praised the Lord, saying:
“For He is good, For His mercy endures forever,"
that the house, the house of the Lord, was filled with a cloud, so that the priests could not continue ministering because of the cloud; for the glory of the Lord filled the house of God.

Ron and Kori Moreland are the Founders of Eagle River Bible College in Spokane, Washington, having been called to equip the body of Christ on the mountain of Education through teaching and training to advance the Kingdom of Heaven on earth.