Are We Listening to the Father? - Tom Murphy

Are We Listening to the Father? - Tom Murphy 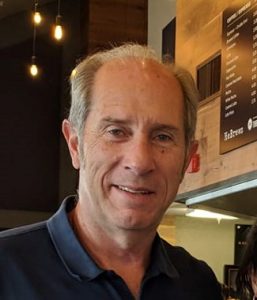 Jesus wasn’t looking for a fight with the devil. The man in the tombs came to Him and fell at his feet. People approached Him and sought Him out for healing and deliverance. His response was based only on what He heard the Father speaking and what He saw the Father doing and He moved in that authority only because He knew who He was. So, where and on whom is our attention focused? Are we distracted by what the enemy is doing? If so, why? The enemy has been defeated!

I believe the Father has something to say to us about each situation we are walking in. Do we believe that we have to fight to defeat the enemy when he has already been defeated? If so, maybe our thinking is flawed. Do we believe that the devil has been defeated through Jesus as the scripture says? Do we ever do things that indicate we don’t believe that? For instance, when we pray to see healing manifested, are we asking the Father to heal them, or are we thanking Him for healing them based on the truth of what the Word says that He gave us through the cross? Do we go out to look for where the devil is at work to confront him, or are we being led to go where the Father wants us to go for His purpose? Is it our agenda or His? What does the Word say concerning us as sons and daughters? What authority has He given us? What promises has He made to us personally?

We have been given authority and assurance as sons and daughters to walk with Him in every circumstance in the same manner Jesus did. If we walk any other way, whose understanding are we relying on? Proverbs 3:5-6 says “trust in the Lord with all your heart and lean not on your own understanding. In all your ways acknowledge Him and He will make your path straight”. The life He calls us to lead is a life of faith - faith in what He says now; faith in what He has told us; faith in Him as we walk with Him in the prescription He’s giving us to walk as sons and daughters. When He gives us revelation on something that He is doing, it is not so that we can take that revelation and do something with it ourselves. He’s calling us to walk with Him in that revelation as His children, asking-listening-asking. If we, even out of the good intent of our hearts, attempt to do something for God with the revelation He’s given us without staying in step with Him, what kind of results can we expect? Jesus didn’t even do that and He is our perfect example! As the scripture has said many times in the Old and New Testament, we are to cease from our own works and enter into His rest. When Jesus said I am the way the truth and the life, we need to look closer and remember that He is our perfect example of how to walk in His Kingdom in this world. The miraculous works that followed Jesus flowed out of the intimacy that He had with the Father. He only spoke and performed the will of the Father and did nothing on His own initiative. (Jn. 5:19, 5:20, 8:28,7:28).

So why, even out of our own good heart initiative, try to do things or do a work for God on that basis? So, instead of getting distracted and/or freaked out about what the enemy is doing, why don’t we step into the full authority He has given us as His sons and daughters and Kings and Priests and deal with it based on what He is saying? Most of what the enemy is doing is based on lies because knows  he has already been defeated. When, by faith, we step into the truth of who we are and walk in step with the Holy Spirit, success and victory is ours! Remember, the scripture says that the devil goes around LIKE a roaring lion. The enemy would love to distract us and get us to look at what he is doing. Because if we are looking at what the enemy is doing, our eyes are not on the Father. It seems that too often, people get distracted and focused on what the enemy is doing and try to figure it out. That is a complete waste of time. The Father said that we can ask anything in the name of His Son, and He will give it to us. So instead of trying to figure things out, we need to move into asking what’s going on, because He promised He will tell us. Then we will know how to deal with it according to His prescription and we can move on into greater glory with Him. As we learn to stay in step with the Father, we will know for sure and we can walk in his peace, remembering that the enemy has already been defeated, as we are establishing His Kingdom on earth per His prescription.

Psalms 37:9 says “for evildoers shall be cut off, but those who wait for the Lord, they will inherit the land”. And Isaiah 40:31 says “but they who wait for the Lord shall renew their strength; they shall mount up with wings like eagles; they shall run and not be weary; they shall walk and not faint”. So, if we are feeling weary or if we feel our strength is sapped, the promise from God is this: we won’t be weary or weakened if we wait for Him. It is a good time to stop and come back into walking alongside Him. Jesus was our perfect example of waiting for the Father. The word wait means to look for, hope, or expect. It also means to bind together by twisting; to linger. As we go with Him, our burden should be light. Whenever we start feeling burdened by something,  that's a check in our spirit  to remember to stop and ask the Lord to show us what burden we are carrying that we shouldn't be. Thank and praise the Father who has already established everything we need to walk in the victory of that for which Christ paid the price!

Tom and His wife, Sharon, have been active Prayer Team members since 2006. In 2010, they developed the transformation prayer teams and, as Directors, they now train teams all over the world to pray over their cities and land.