A Season of Removal - Maggie Baratto

A Season of Removal - Maggie Baratto 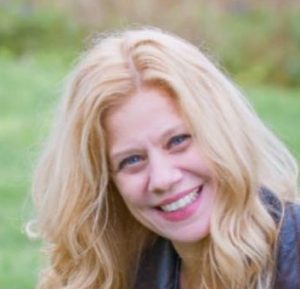 In the dream, I walked out of my house into the front yard which seemed to be very large and I immediately saw a massive machine at work. It looked like a high-tech hydraulic backhoe-tractor combination with many attachments. I watched as this machine was working to remove dead branches and trees from the yard and dispose of them. It wasn’t touching anything that was living but only removing the things that were dead, the things that had no life.

I saw that there was so much brush in this yard and the dead branches and dead trees were actually hiding the living branches and trees that were fruitful from anyone looking in.

I watched as this massive machine extended a hydraulic arm with amazing precision and accuracy as it plucked out a dead tree stump from the ground. The ground quickly filled in the empty space and it was as though the stump had never been there.

Then I watched the hydraulic arm reach up into a tall tree and remove a dead branch. It was slick and it was quick, and laser sharp and when I looked at the tree it was as though the branch had never been there.

Suddenly I realized there was another hydraulic arm and another. There were 3 hydraulic arms and they were moving fast and powerfully - removing dead branches, rooting up dead trees and disposing of them.

Just then, I felt a swoosh beside me as one of the hydraulic arms was rooting out something near where I was standing.

I thought to myself – Oh my Lord I could have been killed! I need to get out of the way because the operator doesn’t know I’m standing here- He can’t see me.
And I heard a voice- Get out of the way- Get back in the house and stay inside!
The fear of the Lord came upon me in the dream because I knew the only safe place would be in the house. And so I ran into the house.

End of the Dream

Interpretation
I had shared the dream with several people afterwards, and but it wasn’t until recent events that I realized its significance in a greater way.

I felt the dream was a warning as well as prophetic insight into what God is doing in this hour amidst this global pandemic. I believe the yard represents what is happening around us

It seemed to me that in the dream, that move of the Spirit had been set in motion and no one would be able to stop it until He was done, until the task of removing the dead branches and uprooting dead trees was complete.

The voice told me to “get out of the way- get back in the house and stay inside”, because it was the only safe place to be - I believe the house could be interpreted as literal (which would fit our current circumstances) but primarily I believe it represents staying in the presence of the Lord.

I had the strong sense that if I had disobeyed the voice and stayed in the yard poking around and getting too close I would have been killed. Not on purpose but because I would have been in the wrong place, especially after I had been warned. It appeared to me that God was on a mission to do this and I had the strong sense to “get out of the way.”

I believe that one of the things God is doing in this season is removing everything in our lives that is not bearing fruit. I did not see this as a pruning season, rather a season of removal. The scriptures that came to mind right after the dream were as follows:

I am the true grapevine, and my Father is the gardener. He cuts off every branch of mine that doesn’t produce fruit, and he prunes the branches that do bear fruit so they will produce even more. You have already been pruned and purified by the message I have given you. Remain in me, and I will remain in you. For a branch cannot produce fruit if it is severed from the vine, and you cannot be fruitful unless you remain in me. John 15:1-4
Jesus replied, “Every plant not planted by my heavenly Father will be uprooted.”
Matt 15:13

Even now the ax of God’s judgment is poised, ready to sever the roots of the trees. Yes, every tree that does not produce good fruit will be chopped down and thrown into the fire. Luke 3:9

I believe the KEY message to take from this dream is to allow God to remove everything that is dead in our lives, so that the things that are alive and bearing fruit can be seen and have room to grow!

I pray this dream will serve to be a blessing for those who have ears to hear what God is speaking to you through it.