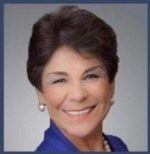 On October third of the year two thousand, my sister, Gina and I set foot for first time in Spokane, WA, USA. It was a gray and cold day; a taxi drove us from the airport to the motel where we had made reservations, located on Post St, in the historical section of downtown Spokane.  This place was recommended to us by Gina’s sister in law, Laura, who had stayed there when she visited the city herself, received prayer at the Healing Rooms and was healed of ovarian cancer.  As we were on our way to the motel, I enjoyed the city’s landscape full of pine trees, seeing the quaint city, with a river that ran along multiple beautiful and charming old buildings across the city. At the same time, I was wondering and trying to understand what the Healing Rooms was.

Gina and I were in Spokane with the sole purpose of visiting the Healing Rooms, a place where I was told people will pray for you, and you will get healed. It was a place that provided miracles, and I needed to get healed. The Healing Rooms were located two blocks from the motel where we were staying; very convenient because my ability to walk had diminished greatly, and I needed my sister assistance to get to the place.  I had been diagnosed with post-polio syndrome in 1992, a syndrome related to an original Polio, a deadly disease I contracted in 1952, when the large epidemic of Polio surged in United States and the northern part of Mexico. I was two years old when this incurable disease struck me. Highly contagious, this virus was all over my body, paralyzing me from the neck down. The vaccine for the Polio virus was discover in 1953, too late for me.  Miraculously, I survived and fully recovered years later, after being treated by many doctors with painful therapies. Forty years later, the virus, lying dormant in my body, started to act up again, causing excruciating pain, debilitating my muscles very rapidly, sucking all energy from me, and I had become, pretty much an invalid. I knew I had no cure and that eventually, I was going to die from it. I needed a miracle!

On the morning of October fourth, the day after our arrival, Gina went to the Healing Rooms to sign our names on the list they had at the reception desk while I would finish getting ready. She was told that we might have to wait long time for a team to pray for us because many other people were there to receive their healing. She soon returned to the motel to bring me to our prayer session, already booked. While we were walking the two small blocks, I could feel the cold weather, so we were dressed in several layers; coats, scarves, gloves, and all. After arriving at the Rookery Building where the Healing Rooms were located on the third floor, we proceeded to the elevator. I was alert, in observation mode, taking note and registering in my mind everything I was seeing and experiencing. The elevator door opened, and as soon as I crossed the threshold of the elevator to the hallway, I sensed something very unusual. It felt nice, peaceful; it was the ambiance of the place that calmed my spirit immediately. I was somewhat apprehensive and, at the same time, expectant. I could not place my finger on what it was that I was feeling, but certainly, it was a wonderful feeling.

Gina and I got to the reception room and approached the receptionist to request the “Silver Room,” as Laura, Gina’s sister in law, had instructed us to do. The receptionist told us that the wait was even longer for the “Silver Room.” At the time, I didn’t know why we were to select or request this particular room. Months and years later, I realized that I was understanding the nature of activities taking place at the Healing Rooms; they were spiritual activities. The receptionist had told us, “The wait is long.” Well, we waited 3 hours; we had had no breakfast, and it was noon when the call came in and we were ushered into the room. The team of three people were waiting for us in the “Silver Room”. They proceeded to place me on a chair while they prayed for Gina, who was standing in the center of the room. One person was to her right and another to her left, close to her. The person in front of her started to “anoint” her, and as soon as he touched her on the forehead, she fell back to the floor. Guam!!!! My eyes were like saucers, in awe, surprised to see what was happening. The two people to her sides lifted her up, placed her against the wall, and continued praying for her. While they were praying, the team released information to Gina that no one had knowledge of, such as the death of our father, whom she never had time to mourn, causing her insomnia. I was completely in awe because of what was taking place. “How did they know?” I asked myself. Gina did not mention it in her prayer request! The team finished with her, and then, it was my turn.

I immediately placed myself against the wall so I could avoid the fall on the floor, which I was certain would happen after witnessing Gina’s session. The prayer team placed themselves in the same way as they did with Gina, one person on the right, the other on the left, and the leader in front of me, who preceded to “anoint” me. Immediately after, he asked me if I had ever asked Jesus into my heart. I started thinking and reviewing a memory tape trying to find out a moment when I did. I could not find one, but as a Catholic, I knew about Jesus, I had taken catechism lessons, I had been educated by nuns since kindergarten, yet I could not find the moment. When I was asked if I wanted to receive Jesus as my Lord and Savior, I said, “Absolutely!” At that time I started to get filled with an unusual heat, starting from the soles of my feet, moving upwards through my legs, all the way to my head. I felt my cheeks red like tomatoes, and I started to take off some of the layers of clothing I had on! The person in front of me started praying in “tongues” along with the other two people at my side. I tried to “catch” the language they were speaking, and I could not identify it. Because of my profession, I was used to hearing many languages, but to no avail, I could not recognize the language they were using. Because I am an inquisitive person, I started asking many questions. One of those questions was, “What could a toddler have done to deserve such a punishment as Polio?” Remember, I was Catholic, and we were taught to believe that God punished us when we committed sins. To my surprise, the answer to my question was that the sickness received as a child was a “generational curse” and that they would cancel it on my behalf. Wow! “That simple! Not my fault! Great!” I said. Then, I received the baptism of the Holy Spirit, my hands starting to burn. I felt them so hot, the team asked me what I was feeling, and I replied, “I am very hot and I am burning.” They continued praying for the gift of healing over my hands. All this was new to me, and truly I did not understand what had just happened. My sister, Gina, had been present during the session inside of the room. The session ended. I was overwhelmed, full of joy and could not stop talking.

We left the Healing Rooms almost at closing time, three pm. We were famished, and being new in town, asked for recommendations for a place to eat. After receiving some directions, we walked several blocks and found TGF across from a mall. We ordered our meal and continued discussing the prayer session between us. After we finished what would be both breakfast and lunch, we went to the mall. The mall was a three story one, with many stores, restaurants, and a movie theater. We spent time window shopping but without stopping the conversation of what had just happened at the Healing Rooms. We could not stop talking about it. Both of us were truly impacted and in awe of the experience; the experience that, at that moment, we were trying to digest. We entered the movie theater and watched a movie. After, on our way to the motel, three or four small blocks up the street, we stopped at a Greek restaurant for dinner.  We were seated, and they brought us menus. Gina ordered a bottle of wine, which was almost immediately brought to our table. They poured the wine and proceeded to make a toast. “Cheers” said Gina. I grabbed the glass and lifted it to touch hers in the air.

Then, Gina said, “Look what you are doing.”

She insisted, “No, look at what you are doing!”

Then, I realized that I was lifting a glass full of wine and it was still in my hand! When attacked by the second bout of polio, I had lost the strength in my arms and I could not lift anything, not even a pen. I said, “OMG!”

She asked, “How many blocks have we walked? You have not fallen!” She asked again, “Are you in pain?”

In 2019, Fred went home to be with the Lord, while Laura continues to advance the Kingdom expecting to plant more Healing Rooms in new countries like Guatemala, Costa Rica, Colombia, Chile, etc.