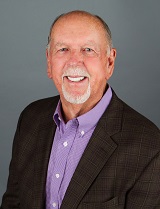 This new wineskin will have Jesus as head of the church. He will no longer be a figure head, but He will rule over His church. As He rules over His church, His Kingdom rule will begin to be established on earth according to the Father’s will. Kingdom believers will begin to exhibit the fullness of Him as He fills all in all. Signs, wonders and miracles will become the norm, not the exception.

As these new wineskin believers become aligned to Jesus, they will become the fulfillment of the Word of God on earth. They will not only know the Word, they will perform it. They will live in the armor of God and no weapon will prosper against them. God will reveal the hidden wisdom that He predestined before the ages to these new wineskin believers. They will say things that have never been heard before and do things that have never been seen before.

These believers will have answered the question, “What is it that God cannot do through a submitted vessel?”