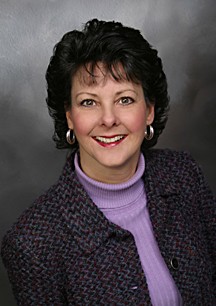 I just returned from a 12 day trip to Sydney, Australia and am happy to tell you about the wonderful things happening in that nation.

While there I met with many of the Healing Rooms Directors in Australia as well as the staff of the Healing Rooms Australia (HRA) National Headquarters and of course Franklyn and Deanne Elliott, our National Directors that oversee this work in that great nation. Recently many of us, including HRA, have experienced a time of shifting and sifting in preparation for this next season we are in. When God shakes things up it's not always comfortable for us but the National HRA team is strong, united, and excited about what God is doing through them. Australia currently has 35 Healing Rooms with others getting ready to join, as well as many new inquiries.

Not only is this team of people impacting Australia, but out of their relationships, several doors have opened to share the vision and do Healing Rooms training that has birthed rooms in several other nations. While in Sydney I had the privilege of meeting with our IAHR contacts for those nations and receive their reports.

Our contacts for China are Edward and Jenny Gourlay. They have brought several key people from China to receive training in Sydney. The Gourlay's vision is to see 1000 Healing Rooms across that nation.

Our New Zealand contact is Julie Calvert and we currently have 6 rooms there. Julie knows how to get things going and we are seeing God's Kingdom advance through her.

Cha Cha Del Corro works as the Philippines development person. Although she lives in Australia, she was born in the Philippines and maintains strong connections with her family, friends, and churches. Cha Cha has done many trainings and helped with the opening of Healing Rooms in that nation. All are growing and everyone is excited for what God is doing and will continue to do with Healing Rooms throughout the nations.

I would like to express our appreciation for all the efforts made by so many to advance Healing Rooms around the world. It is an honor to work with each of you for His Kingdom purposes!