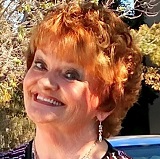 Most often, in order to experience a miracle, there must be something from which it is birthed.  So it was with the story I am about to share with you.  It’s a story that begins with heartbreak, yet, only by the grace and goodness of God, flows into my Christmas miracle.  It is to that end I share a part of my story.

December 15, 1991 became a Kairos moment for me, that moment on the timeline of life when you come into it as one person and leave as another.  My first grandson, Joshua, at the age of 3 and a half months, died of crib death, otherwise known as SIDS – Sudden Infant Death Syndrome.  Nothing in life can ever prepare one for something like this, as all those who have experienced it know too well.  There is no good time on the calendar of life when it would be “better”, but there was something absolutely overwhelming about having to walk through this at Christmas.  Questions mounted within my heart, wondering how we could possibly survive the pain and sorrow of it all and would Christmas ever be joyful again.  There were no answers to be heard in those present moments.  The answers would be found through living one day at a time, even one breath at a time.

The evening before Joshua’s death,  my husband and I had put our tree in the stand, only to discover that we needed new lights for it.  So the next morning after church, we stopped by a local store to make the purchase.  While there, my eye caught sight of the most beautiful lighted angel tree top. I knew in that moment that she had to come home with us and take her rightful position on our tree!  As any first time grandparent knows, the joy of celebrating that baby's first Christmas is beyond description.  And so it was with me; every decision I made was done so with him at the center of my heart.

But human joy is fleeting to be sure.  When we arrived home, we were met with the news that little Joshua had died.

Brought back to consciousness, I was swept away by my family to get to our daughter and son-in-law.  When we arrived, we found them sitting on the sofa embracing one another, speechless and in shock, appearing almost paralyzed.   These young parents had no idea what to do. The paramedics had done all they could do, pronounced him dead and left them with a sheriff who had to remain until the coroner arrived.

It is difficult to script what happened next with words. All I can say is that the grace of God came upon me and I began to move under His blessed anointing, power and grace.  I reached down, picked up Joshua’s lifeless little body and began singing “Alleluia”, adding my own words of the truth of God’s love, while taking him to each member of our family so they could kiss him good-bye.  When the coroner arrived, he laid a pure white sheet on the sofa.  Without words, I knew what I had to do.  I laid him upon the sheet and began to dress him, talking to him all the while, telling him how much we loved him and had treasured our 3 ½  month journey together on this side of heaven, declaring that we will have all of eternity to live out the rest of our story. No one spoke; they simply watched grace at work. When he was dressed, I lovingly wrapped him in the sheet, sang one more song and handed him to his father, who then carried his little son out the door, and handed him to the coroner.

Having a family of young people living in our home at the time left me with no choice but to do the things necessary to take care of all of them in their brokenness and confusion.  As crazy as it may sound, the first task at hand was to decorate that tree!  With tears streaming down my cheeks, we put the lights on and placed our newly purchased angel on top.  When finished, I took my little nativity set and placed it under the tree, more for the purpose of just filling up space than anything spiritual.  That was enough.  No ornaments were necessary.  Joshua loved the light, following it with his little eyes wherever he could see it.  Therefore, the tree needed nothing more.  It would be decorated just for him.

Two days later I received an unmarked package in the mail with two angel ornaments.  I placed them on the front of the tree.  The next day I received another package with two more angels.  And the next day another package arrived.  Every day for two weeks, I received these unmarked packages.  I began to ask people if they knew who was sending them.  No one seemed to know, but the idea took hold and suddenly everyone was bringing an angel ornament.  One by one, I added them to the front of the tree.  I need to add that all of this was happening before angels became a phenomenon in the mid 90’s, so it was unusual that there were so many angels to be found, with no duplicates.

Right after Christmas, the last ornament I received was a homemade angel made with gold and white fabric. This little angel was holding a banner with the name “Joshua” written in gold.  I walked over to the tree and carefully placed it under the angel tree topper, saying, “This will be your place of honor until one day we meet again.”  Standing back, I finally took inventory of what had actually transpired right before my eyes without seeing it.

The front of my tree was covered with various shapes, colors and sizes of angels and there, sitting under the tree was that little nativity scene, placed with minimal thought at all.   It was then that my spirit caught the miracle!

“Oh, my Lord Jesus!  This is exactly what happened on the night of Your birth.”  Luke 2:13-14 describes it this way!
“Then all at once, a vast number of glorious angels appeared, the very armies of heaven!  And they all praised God, singing: ‘Glory to God in the highest realms of heaven!  For there is peace and a good hope given to the sons of men.’” TPT
God had reached down from heaven to wrap His arms of love around my broken, shattered heart to remind me that even death cannot take away the absolute truth of who He is and how powerful is His overwhelming love and grace.  Yes, grief and sorrow would most certainly become new “temporary” houseguests residing in my soul, and I wondered how anyone could survive burying an infant at Christmas.  Yet, in God’s infinite love, mercy and compassion He had sent me a “sign” that He was indeed, Emmanuel-God with us and grief and sorrow would be commanded to bow their knee to Jesus Christ, my hope of glory!  The joy of the Lord has always been my strength, and on that day, my spirit man chose to rise up and anchor my grief stricken soul to this sacred, holy truth.  It would take time to heal the deepest wound, and grief would have to do its work.  But on this day, love visited me with the blessed assurance that my soul was being kept by the undeniable miracle working power of God and it would be well through it all!